PATIENTS’ RIGHTS HAVE NO BORDERS 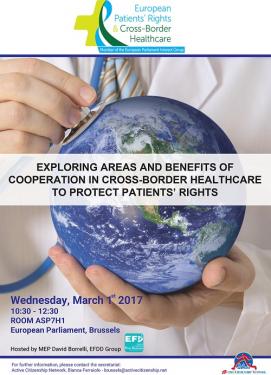 On 1 March 2017, Active Citizenship Network is going to celebrate the first anniversary of its EU communication campaign on cross-border healthcare. Foreseen by Directive 2011/24/EU – it’s named Patients’ rights have no borders – with a multi stakeholder conference at the EU Parliament. The directive encourages cross-border collaboration in healthcare provision.The campaign took off last year in 14 Member states and plans to involve civic society of all the Member States by the end of 2017.

It attempts to raise awareness among all the stakeholders and strengthen collaboration among civil society, Institutions and professionals, as these are all fundamental steps towards a full implementation and effectiveness of the cross-border healthcare Directive. But it also works as an invitation to open up to the power of network and partnerships to reach citizens and a holistic approach to health.

Active Citizenship Network has identified short-term and long-term goals to achieve in the framework of “Patients’ rights have no borders”.

The short term goals include: Raising citizens’ awareness on their rights to cross-border healthcare and about main contents of the Directive are a priority. To serve this purpose, Active Citizenship Network and its partners have drafted and disseminated informative materials in 14 languages (available online), and planned a specific campaign on social media to reach a wider public.The campaign will also attempt to collect patients’ experiences in the form of case histories, data or interviews.

Long-term goals are mainly addressed to civic and patient organisations: They should work together to find out common solutions to face the main issues and concerns raised by citizens on cross-border healthcare. They should also play an active role and demand a cooperation with their national Institutions in the field of cross-border healthcare, as foreseen by the Directive itself: “Member States shall ensure that the national contact points consult with patient organisations, healthcare providers and healthcare insurers”.

Interested in getting involved? Just get in touch with Sonia Belfiore (s.belfiore@activecitizenship.net). 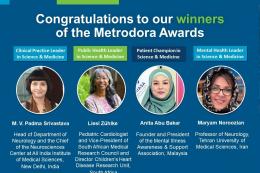