Will the UN General Assembly be able to address the health needs of migrant and refugee patients?

The most vulnerable patients in the world

From the jungles of Central America, deserts of North Africa to the islands in the Mediterranean, migrants, refugees and internally displaced patients (MRIDPs) are now the most vulnerable group of patients in the world.

MRIDPs often leave with untreated chronic conditions from countries with collapsing health systems, arriving into countries with equally damaged health systems that are already struggling to meet the healthcare needs of their own patient groups. This is if you are lucky and do not encounter any militia, drug cartels or hostile forces along the way.

What most experts agree on is that even if you started your journey in a good state of health, you are most likely to develop physical and mental health problems on the way due to poor nutrition, lack of shelter, discontinued treatment and stress.

UN General Assembly steps in with fresh ideas on MRIDPs

On 19 September 2016 the UN General Assembly will host a High-Level Summit  in New York to address the needs of the large movements of refugees and migrants in the world. The UN aims to bring countries together behind a more humane and coordinated approach to deal with this global crisis. The summit will be attended by heads of state and government, ministers, and leaders from the UN system, civil society, private sector, international organizations, academia, and beyond to support the General Assembly.

IAPO attended the first informal multi-stakeholder pre-hearing on 18-22 July 2016 that began the discussions amongst stakeholders on how to address the root causes of large movements of refugees. The discussion focused on how to put into place an infrastructure that ensures a safe and healthy passage of MRIDPs from their motherland to a new adoptive country. Earlier in May 2016 the 69th World Health Assembly held in Geneva had presented two reports on the health issues affecting MRIDPs. Member States had then discussed how to promote the health of migrants and what the WHO response should be in severe large scale emergencies.

Why is this important for IAPO?

MRIDPs are the most vulnerable group of patients now; the UN Summit in September has to  address their health needs urgently and in a comprehensive manner globally. This issue is critical and causing a lot of unnecessary illness, death and suffering. It is important to IAPO because of:

I came across one  initiative that specialises in the acute health needs of victims of torture, through the charity Freedom from Torture (FFT); this medical foundation was set-up by physicians and other health professionals to solely deal with the care of patients who are victims of torture. FFT staff have unique guidelines, protocols and care-pathways to deal with the physical and mental trauma that no one else can treat in general settings.

We hope that on 19 September 2016  the health of MRIDPs is top most in the minds at UN General Assembly . MRIDPs will need specialist and intensive healthcare for a long time to come, some may live under this status for over 20 years. 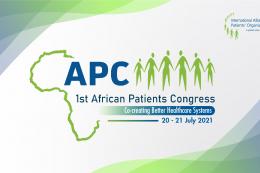